Can you hear the trees awakening? It’s maple syrup time for the farmers and foragers setting out to tap the maple trees!

Even though the land around us continues to be covered with a deep blanket of snow, there’s a shift in the trees. With warmer days and cold, clear nights, the trees are stretching their hibernating limbs and the sap starts to flow. The birds also begin to sing again. A sure sign of spring and maple syrup’ing!

Maple syrup harvest season begins when the weather stays above freezing for a few days with continued cold temperatures of 20 degrees or so overnight — usually toward the middle to end of February in the Midwest. 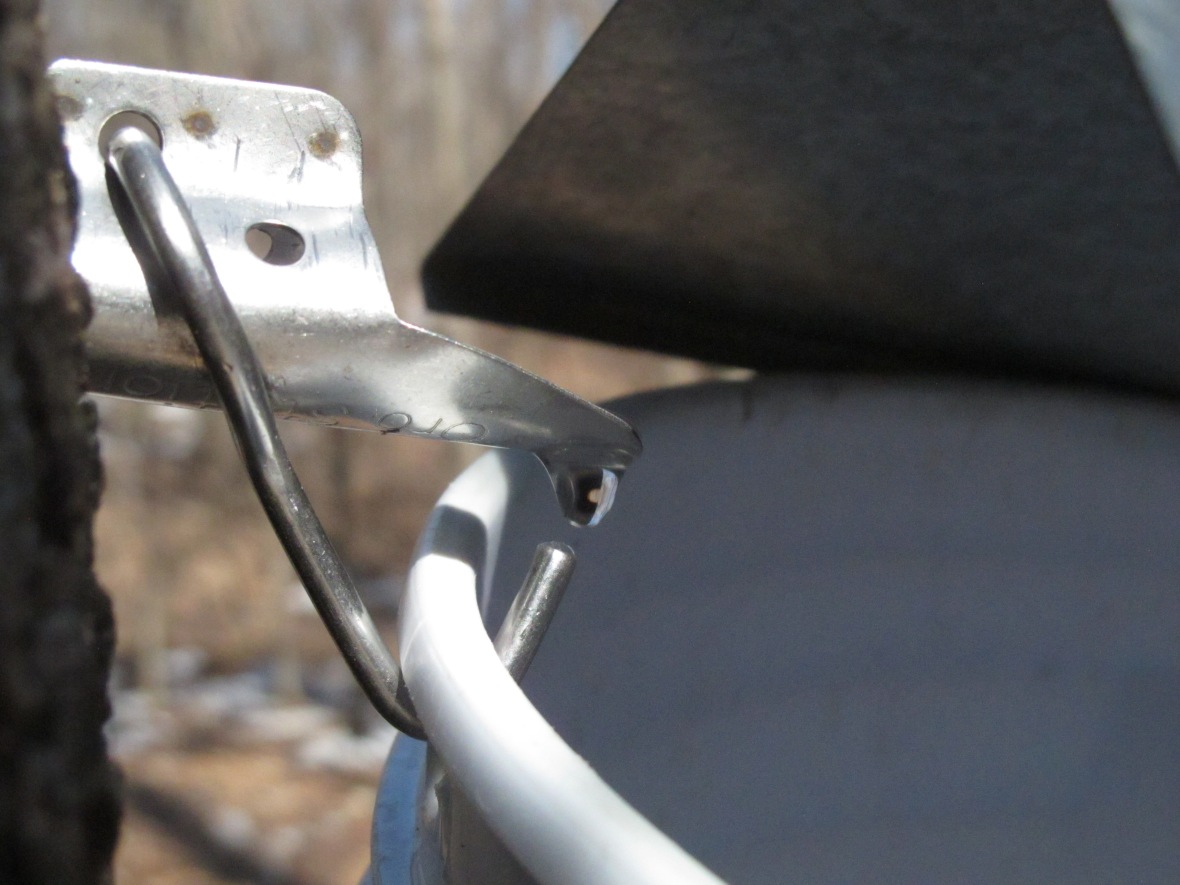 The length of the sap season varies from year to year according to the weather, anywhere between four to six weeks and toward the end of the season, the quality and viscosity of the sap changes considerably and lessens in quality. This year, because of such a late thaw, we can expect a short and fast Sugarbush season.

Why is real maple syrup like liquid gold? Because it is! Not only do the sugar maple trees grow in relatively small range across the globe, but it takes about 60 gallons of sap to produce just ONE gallon of maple syrup. Consider that next time you are incredulous over the price of real maple syrup in the market — most commercial brands are made entirely of corn syrup – not a drop of that natural sap. Cheap and totally not the real deal.

A variety of trees and species can be tapped to produce a syrup sweetener (maples and birches), but it’s the sugar maple (Acer saccharum) specifically that produces that sweet, vanillin flavored syrup we all know as REAL maple syrup.  The sugar maple grows as far east across Canada into Vermont, as far west as Wisconsin, and as far south as Georgia – making a heart-shaped area in the northeast in which superior maple syrup can be produced.

Want to tap your own trees? To produce maple syrup in any quantity, first identify maples of the right size for tapping. Tap only mature sugar maples at least 12 inches in diameter, placing the spike or tap about 4 to 5 feet off the ground. Hang a bucket off the tap, check it daily.  It’s helpful to have the trees close to where you will be processing the sap; as hauling, storing, and boiling down the sap is quite an operation.

To make syrup you will need to boil the sap down into syrup. Boiling off the water from the sap is a lengthy process and it puts off a lot of moisture into the air. You can build a temporary sap boiler outside to boil the sap down into syrup, or you can collect the sap and deliver it to an established sugar shack in your area. Search for local farms and nature centers across the Midwest that may have them on their properties.

Just note – Don’t boil the sap inside your home! Boiling off the water will literally peel the papers off your walls and will leave a sticky residue all over the kitchen. Not good. Not worth it – even to make syrup. 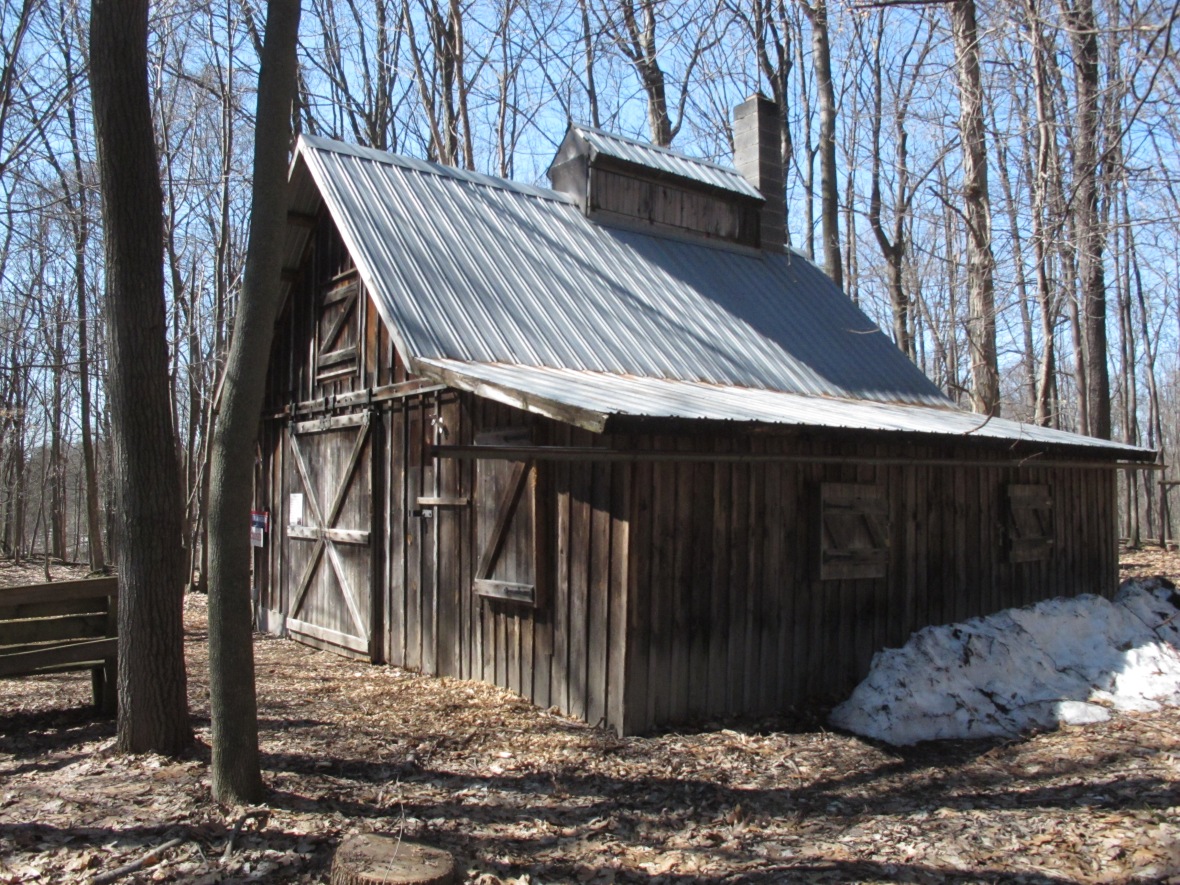 Once the sap is boiled down into the syrup, it can be poured into bottles and canned by water bath or stored into the refrigerator.

Inspired to do your own Sugarbush? For more information check out Michigan Maple Syrup Association for news on events and backyard sugarbush training. Want to visit a local Sugarbush? If you are in the Grand Rapids area, check out Blandford Nature Center’s event happening in March!

← A Winter’s Foraging Walk
The Magic Nectar of Maple Syrup →